Our group of 8 men and women from around the US and the World had a brilliant time. Everyone summited and we had a week of training and equipment and skills review in brilliant weather on a high glacier mountain near Seattle at more than 14,000 feet (4500 metres) high. Please click here to join our next glacier school: www.EverestGlacierSchool.com or www.CascadeGlacierSchool.org . Welcome to the team!!

getting ready for trek. Mount Rainier 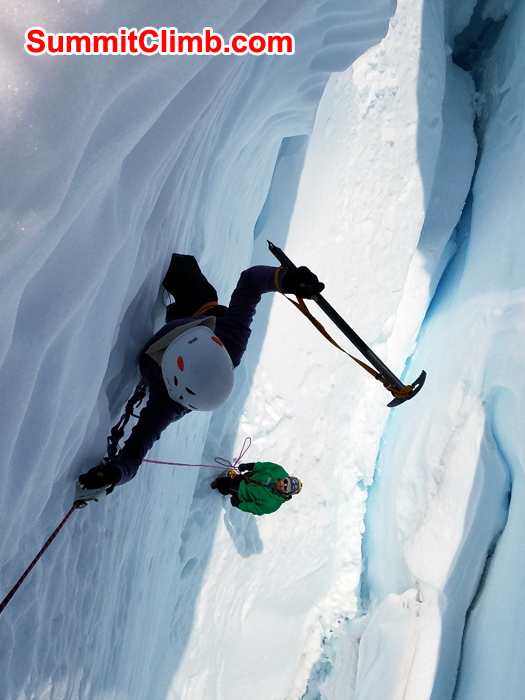 Ania and Ram practice upside down and backward, while Ellie and Lena walk back up. Daniel Mazur Photo. Ania, Lena, Ram and Ellie prepare their harnesses in basecamp. Dan Mazur Photo

Gear Hire - Rental is easy and available. What a list! Daniel Mazur Photo. John checks the map in the car park.

Ellie Taylor Ania and Ram checking gear on day 1 of the school. Building anchors with ice screws at the crevasse lip.