From Roof to the Roof of the World - By Paul

From Roof to the Roof of the World - By Paul

The 22-year-old Paul Kohler masters the Neighbor of Mount Everest in the Himalayas with the Lhotse and thus the fourth highest mountain ever. 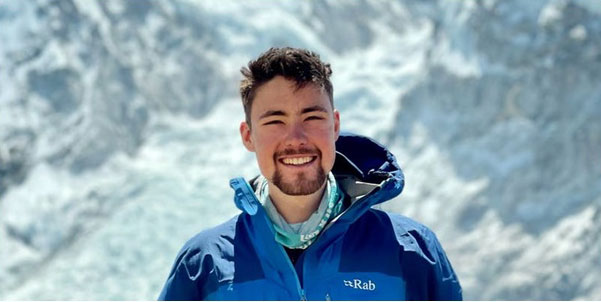 Paul Kohler before the icefall and the base camp. Image: z 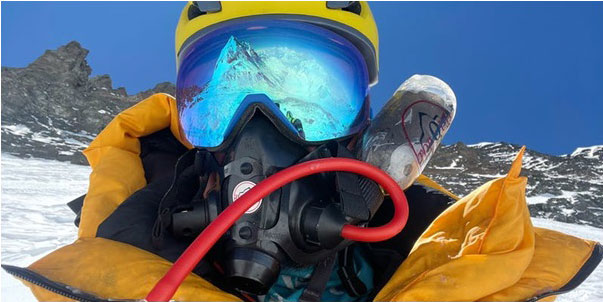 During the summit storm, Mount Everest is reflected in the mask. Image: z

Paul Kohler on the Lhotse and thus the peak of his happiness. Image: z 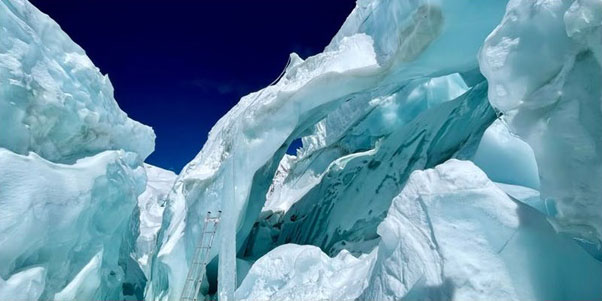 A critical point in the icefall. Image: z

Mountaineering. Paul Kohler did not suspect anything and heard nothing, it would probably have made no difference. The ice wall is huge, the 7000 meter mark has long been exceeded and the air is already quite thin. It's a dream day with a steel-blue sky, the roofer takes a few minutes at the foot of the wall. "Suddenly, an oxygen cylinder comes in from above. It narrowly misses us," says the 22-year-old. He describes the situation as "critical". It should not be the only one. He has not yet reached the death zone, generally speaking of it from 8000 meters, but the trip has been life-threatening for days. Of course, the start-up for this is much longer. "Paul bought a full-body down suit two years ago and boots for those heights. I didn't know what for," says Jürgen Kohler. The head of the track and field team at VfL Sindelfingen has a lot of confidence in his son, is proud after the summit storm, but above all happy that everything turned out well.

The decisive days are very difficult: "We learned on Saturdays via the Internet that he was at the summit, and nothing heard from the base camp until Monday afternoon. We were thrilled and of course worried," says Jürgen Kohler. His son is not the one who constantly does gymnastics on the four-thousanders. And neither the climbing in the Alps, nor the course at the German Alpine Club, even with ice climbing units, makes a young man an extreme mountaineer. But fitness and focus lead to the goal. This is 8516 meters. Lhotse is the fourth highest mountain on earth. Its Tibetan name means "southern tip" and indicates its affiliation to the Everest massif. Paul Kohler wants to go to the border between China and Nepal and he wants to get up there, but the student of technical cybernetics between Bachelor and Master has shoveled time with a delay because the corona pandemic blocked the way for the time being. "I love mountains. It has always been my dream to simply experience an 8000m peak," says Paul Kohler (picture: z). In November, he goes hiking and trekking, prepares as well as possible, but also: "You can't prepare for the death zone." The expedition leaders and mountain guides of Summit Climb are the ones who are supposed to lead the student to the summit. The adventure costs 11000 euros, knowing full well that even more is at stake. Jon Krakauer's Everest drama "Into Icy Heights" is something of a must-read for people entering the roof of the world. In 1996, the journalist accompanied the tragic expedition of the New Zealand company Adventure Consultants. Paul Kohler read it, as did his father.

The base camp is located at 5364 meters. Paul Kohler already has a clear picture of the legendary icefall before he enters it. But he doesn't expect this flawless beauty: "We're through the night, it was cold and we froze, but it's safer there. With a headlamp we entered a magical world. Everything around us was glittering, it was like being on another planet." You want to drift along, but reality comes back quickly when he sees a woman fall into a crevice. It is secured, Sherpas lift it out again. It is a long way to the Lhotse, acclimatization phases are enormously important. For ten days Paul Kohler is in camp two, it goes up to camp three, then down again, the body adapts, everything is in order. And there are encounters. For example, at the bottom with the living legend NimsdaiPurja, who climbed all 14 eight-thousanders of the earth. "In the beginning there is a lot of awe, you come across as a fanboy. He thought we were simple hikers who hiked to Basecamp." The tourist talk turns into technical talk.

And then: Let's go. There is not as much going on as on the mountaineering highway up Mount Everest. Paul Kohler feels excellent, even when it gets steep. At midnight the summit storm begins, the stone neighbor could not be bigger. "You see Everest all day on the ascent, discover the lights that go up there. These are whole poles of lights. Then at 5 o'clock the sun shines on the mountain and everything is pink-pink."
Paul Kohler doesn't freeze, doesn't sweat, it's gigantic good weather and not even too cold to take off his gloves. He reaches for the only oxygen cylinder all the way up. Then he is at his destination. Inconceivable. "A brilliant feeling up there. I realize that I have achieved what has been living in me since December. You look down from above at all the mountains, which are almost 8000 meters tall. There are no words for it." Nevertheless, he knows: It's only half-time. And it will be tight again.

Everything went great. Will it continue with high altitudes? "I asked myself if this was the beginning of hunting all 14 eight-thousanders. I don't have an answer. But it was definitely a brilliant experience."