Volunteer : Launched in April 2010, Mount Everest Biogas Project founders Dan Mazur and Garry Porter each had first-hand experience of Mount Everest and the environmental impact of untreated climber’s waste being dumped at Gorak Shep, a remote community in Nepal located along the trail to Mount Everest Base Camp.

Dan Mazur has guided Mount Everest climbers for more than 20 years and spends six months a year in Nepal and Tibet. Garry Porter is an engineer by trade and a retired Boeing program manager. 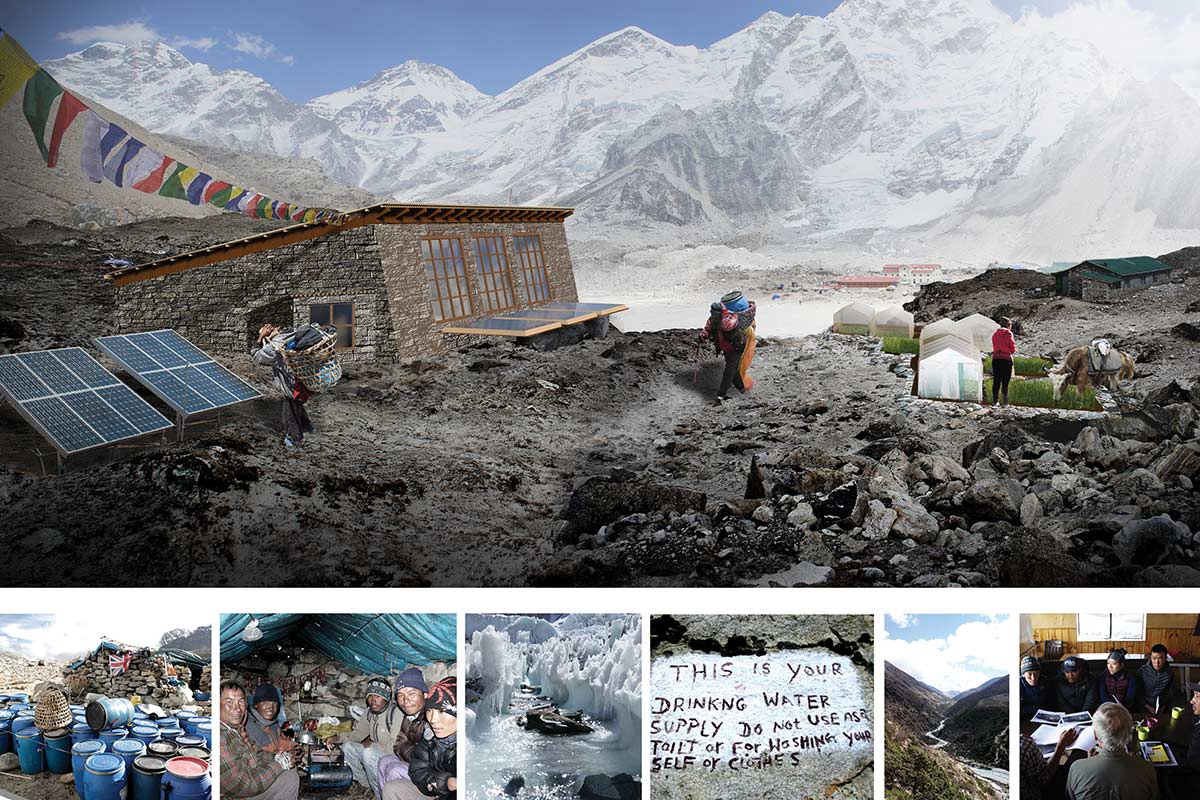 In 2012, Mount Everest Biogas Project expanded its engineering team and began tackling the human waste issue by setting out to design an unprecedented biogas system. With volunteers from a range of professional industries, Mount Everest Biogas Project is affiliated with the Seattle chapter of Engineers Without Borders and Architects Without Borders.

Helping preserve the Mount Everest region, Mount Everest Biogas Project’s pilot project in Gorak Shep (elevation 5,180m/17,000ft) will be a first-of-its-kind, ensuring the safe disposal of human waste generated by climbers at Everest Base Camp. In addition, the system will provide direct and indirect benefits to the people of Nepal in the form of environmentally safe products: a clean burning renewable energy source (methane gas) and an odorless nutrient-rich effluent that may be used as fertilizer.

Long term, Mount Everest Biogas Project sees additional opportunity to replicate this project and deploy the technology in other remote high altitude locations around the world. Hundreds of areas can also benefit from this technology design to improve the lives of local communities and the environment by reducing pollution, deforestation, health risks and costs to obtain usable fuel sources.

Mount Everest Biogas Project’s Basis of Design document has been extensively peer reviewed by outside technical firms in the engineering community. In addition, the technology has proven technically feasible for its effectiveness in converting human waste in extreme temperature conditions via lab testing at Kathmandu University.

Long term, Mount Everest Biogas Project could expand operations in Nepal to increase the region’s capacity for tourism in a sustainable way. Local leaders and members of the Gorak Shep Teahouse Owners Association expect the prototype biogas system will lead to others once it has been proven. The high-altitude biogas system will allow the region to bring in more trekkers and climbers without an increase in pollution or risk to water quality in the surrounding regions.

In recent years, Mount Everest has received international press about the pollution on the mountain. The biogas system would be an important step to restore the mountain to its natural condition while allowing the climbing community to enjoy its beauty and bounty.